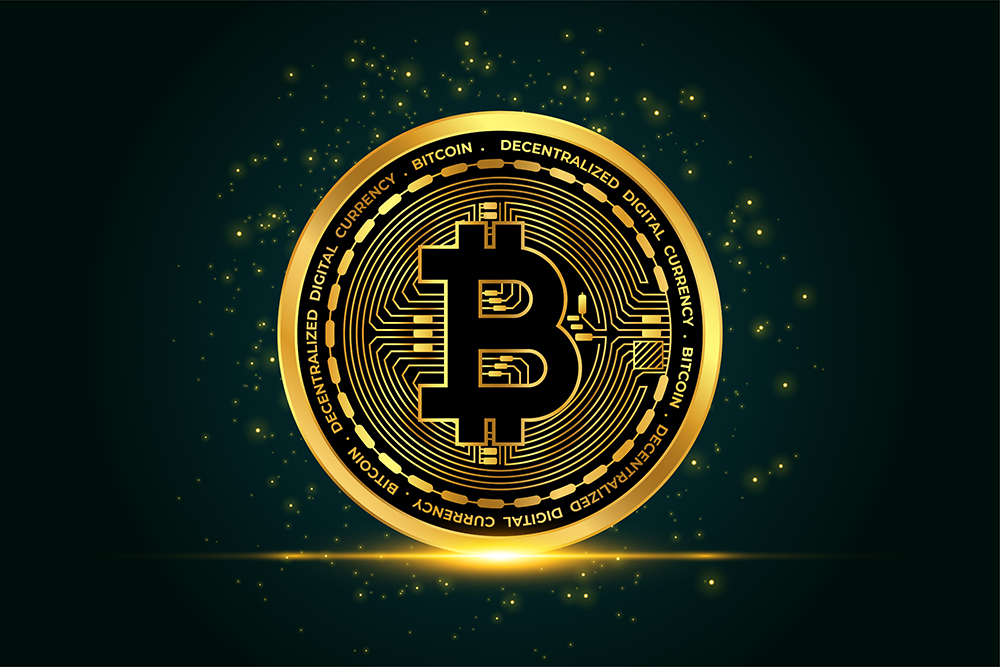 In the second week of May 2022, there was a massive crash on the crypto market. Many reasons have led to that and it was forecasted by many indicators, but no one really understood the full scale of the upcoming crash. There were many reasons, but the core of all was the vulnerability of algorithmic stable coins to high volatility during the bear market, combined with a high correlation with the Stock market. Let’s dive into the explanation of each part of this crash and how things developed in the last few days.

If you remember the early era of crypto adoption, they were promoted as an alternative to a traditional banking system, fiat money and financial institutions. Bitcoin and other early cryptos were supposed to reduce risks of inflation thanks to their limited coin supply, to reduce transaction cost and most importantly - to guarantee anonymity of transactions. Because of these factors BTC and other cryptos were hated by the traditional financial sector - it was positioned and thought of as their competitor. But it changed in the Bitcoin bubble of 2017-18. The whales - investment banks and other financial institutions - have turned their faces to BTC. And in recent years we’ve seen the massive adoption of cryptos by many major banks first, and then by non-financial corporations, such as Tesla, PayPal and many others.

And the crypto market that was meant to be an alternative to a traditional centralized financial system, has eventually become a part of it. It all started by shifting the trades from peer-to-peer transactions to “centralized” exchanges, where big fund management institutions could possibly trade and provide their liquidity. Many people now don’t even have any crypto wallets other than the ones on the crypto exchanges, which is a complete opposite of the early concept. And quickly these major banks have become the key players on the market, the whales of the market. Since their professional risk management experience and trading algorithms were extremely efficient on traditional markets, they became successful players against the general public in the field of cryptos as well. There are huge suspicions that they were always the whales of the crypto market, since the very beginning, but after 2018-19 they at least started making it publicly.

This led to an increasing correlation with main stock market indexes and broader adoption of cryptos by fund managers. Cryptos were becoming less and less an alternative to traditional finance, but more of a risk-on, more volatile add-on to traditional markets. It was also boosted by the inclusion of BTC, ETH and other major cryptos into trading apps that allowed the general public to buy cryptos from the same app that they used to buy their favourite stocks. Unfortunately, this brought not only the new liquidity to the crypto market, but also the same crowd behaviour and therefore the same price action. So, Bitcoin and cryptos have stopped being a hedge against the stock market, because the correlation with the stock market indexes was extremely high. Cryptos became rather a tool for risk-takers, but the timing of bull and bear markets has become almost the same for cryptos and stock markets.

The Fed's (US Federal reserve banks system) interest rate has become a big external factor, too, because it defines the amount of “free” money that investors can pour into any market, including cryptos. On the other hand, stablecoins became a serious bottleneck for the whole crypto market, because they are the foundation of price evaluation and a medium between cash and cryptos. All the prices are measured not against USD, but against USD’s crypto counterparts, such as USDT, BUSD, USDC etc. Some stablecoins were a big threat to the market, and it was recently mentioned that this or that stablecoin has had problems with their reserves, but previously it all worked out in the end somehow - up until this week.

Stablecoins are cryptos that are designed to have a stable price in relation to their outstanding “basis” (USD for example). There are stable coins that mirror national currencies, like USDT and USDX, and the same was the UST - which was the US dollar stable coin called Terra - a project of Terraform Labs.

Terra protocol was the basis of Terra - Luna Ecosystem, and they had over 100 projects built on Terra. These included Anchor Protocol, Terraswap, INK protocol and many others. Terra stablecoins - the UST - were the “cash” of their system, and LUNA was the decentralized reserve asset of the ecosystem. According to the Terra Money white paper, they wanted to achieve price-stability via an elastic money supply, enabled by stabled mining incentives.

Their plan to expand adoption was to reward users saving money in their protocol with insane return rates of almost 20% on deposits. When their reserve assets were growing with the crypto bull market, it was easy to pay these rewards, and to increase the reserve fund to weather the expected future bear market. All the adopters knew that it was kind of a Ponzi Scheme that was destined to fail if Bitcoin and Cryptos would fall significantly in a short amount of time, but they put their bet on a quick growth of user base in order to leverage the network effect and make the ecosystem self-sufficient - and stable.

But since April 2022, because of the harsh drop in the BTC, it was already known that Anchor Protocol has had a huge problem with their balance - they were spending 2x more money on rewards than they were making, losing over $5 million per day. The plan to save the Terra ecosystem was to hope that the market will bounce back quickly enough. Plus they wanted to use the reserves to keep paying promised rewards, and this plan could have worked out as it did a few times in the past for many other projects.

Sell in May and go away

In the past 3 weeks the Nasdaq index has lost over 20% and the S&P 500 has lost about 15%. This has triggered the wave of liquidations and overall risk aversion in the market. Due to high correlation, BTC has lost 40%, ETH lost 46%, BNB lost around 40%. Anchor Protocol has lost over 50% during that time.

On the 7th of May UST - Terra USD stablecoin - dropped to 0.98 cents per dollar. But the next day, on the 8th of May, the situation seemed to normalize with UST getting back up to $0.99 which is quite healthy.

Everything seemed to be OK, before UST had plunged again to $0.95 on the 9th of May. The same day one of the Terraform Labs founders, Do Kwon, deployed over 42,530 BTC to stabilize UST.

But this desperate attempt to win back trust of traders didn’t help Anchor and UST survive. On the 10th of May it touched 0.60 cents per dollar, and despite bouncing back to 0.88 afterwards, the trust to the stablecoin and thus the whole ecosystem was completely lost. All the traders and investors started a bank run on the LUNA - TERRA ecosystem, trying to save what was left of their deposits, and it led to the inevitable death of UST.

Just take a look at these charts - LUNA, UST and ANC are literally dead as of may 12th, 2022. And there is no chance of them getting back up. It is something that we haven’t seen in a while and it puts even further pressure on overall crypto market valuation, despite it was forecasted by many.

And finally, at 9.14 am PST on the 12th of May, 2022, Terra publicly announced that “The Terra blockchain was officially halted”.

He who laughs last, laughs best

Back in January 2022 Rune Christensen, cofounder of MakerDAO (peer-to-peer decentralized autonomous organization built on Ethereum network to allow people lend and borrow cryptocurrencies) warned the market about UST. Interestingly enough, Do Kwon, cofounder of Terra - Luna Ecosystem, has rejected these warnings and just joked back offensively at this tweet. And Do Kwon was supported more than Rune in this thread.

But Rune’s argumentation turned out to be true in the end, and Do Kwon who was supported back in January is now known as a Black Kwon in the crypto community - in reference to a Black Swan event. Black Swans are events which are highly unlikely, but thus extremely dangerous events for financial markets. Nicholas Nassim Taleb, the author of the Black Swan concept has already stated that this BTC drop is NOT a Black Swan Event, so most likely it’ll be remembered as a Black Kwon event. More than that, according to Coindesk’s article by Sam Kessler and Danny Nelson, Do Kwon’s ex-Terraform Labs colleagues say that he (Do Kwon) was behind another failed algorithmic stablecoin in the past - Basis Cash. Further investigation is required and we’ll be waiting for more news on Do Kwon’s role in this meltdown on the crypto market.

The darkest hour is just before dawn

Unfortunately for the whole crypto market, the UST crash has caused the broader lack of trust to all the stablecoins, undermining the whole industry. Even the “trustworthy” stablecoins with solid reserves face higher pressure and lack of trust, and it affects more and more cryptos. Below we provide an estimated balance sheet of some DeFi and TradFi players posted by Sébastien Derivaux on Twitter on the 25th of April, 2022.

Here you can see that Terra has had only BTC and negative equity as assets, meaning that they owed more than what the asset is worth due to high return on deposits. In other words, their UST coins were simple IOUs backed by the growth of BTC and promises of high returns on Terra deposits. And this scheme was working when the BTC was growing insanely. But as every Ponzi Scheme, Terra’s scheme worked for some time - until it eventually didn’t.

But the bright side that the picture above highlights is there are many other trustworthy projects out there, and for the intelligent investor these meltdowns could be a good learning point and opportunity to strategize their future in the market.

Here at Podofly we don’t give any financial advice, but rather observe the market with a precise focus on the Tech part, specifically with a focus on a practical application of some of the Web 3.0 inventions.. But we couldn’t leave this crypto crash of May 2022 unnoticed, the likes of which haven’t been seen since 2018. We hope that this crisis will help the crypto community get even more mature, will teach investors to make thorough research and support projects with solid rational and technical basis, which will eventually lead to the dominance of better Tech. Blockchain, NFT, DeFi and other Web 3.0 technologies have a huge potential to make the world a better place to live and the whole of humanity can benefit from it, but there is still a long path ahead. We will see many ups and downs before we reach the peak of prosperity and stability in the field of cryptos, but as we discussed in our blog post about the Web 3.0 concept, only the useful Tech will survive and will become a new standard of the Internet in the end.