Is Dogecoin a Good Investment? Facts About Dogecoin 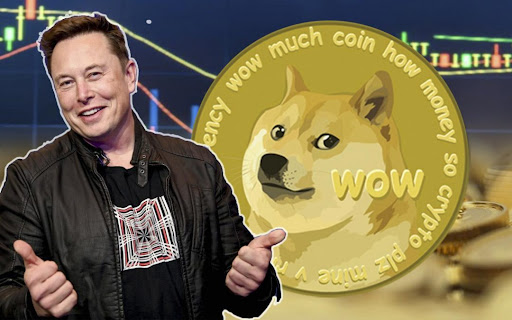 Dogecoin is one of the social media’s favourite topics currently.  Due to Musk’s continuous tweets about Dogecoin, it’s been maintaining its spot as a trending topic for a while now.

(DOGE) is a $34 billion cryptocurrency that’s based on, and took its name from, the popular “Doge” meme. Jackson Palmer and Billy Markus created Dogecoin first as a joke in 2013.

Billy Markus, a programmer from Oregon came up with the concept for a kind of “joke” cryptocurrency that has a greater chance of gaining mainstream acceptance than Bitcoin.

Despite this unusual origin story, the ‘joke’ currency’s market cap has risen from more than $1 billion in early January to $47 billion in 2021 and has become the fifth-largest cryptocurrency by market cap, according to CoinMarketCap.

Dogecoin vs Bitcoin vs Ethereum?

While many people have started investing in virtual money, some may wonder about Dogecoin vs Bitcoin and Etherum.

Bitcoin and Dogecoin, however, are two types of virtual money. Bitcoin has a limited number of tokens that can be mined and Dogecoin has no limit. As per Newsweek, there can only ever be a maximum of 21 million Bitcoins (estimated to be reached by 2040), and it becomes increasingly harder for investors to mine more tokens.

Is Dogecoin a Good Investment?

Like most investments, crypto assets come with a host of risks but also vast potential rewards. Dogecoin has the potential to be a lucrative short-term investment, but the long-term viability of the digital coin is debated among investment specialists.

Alex Joshi, a behavioural finance specialist at Barclays Private Bank, believes the coin is attracting a lot of attention because many see it as a “get rich quick” option.

Dogecoin does not have as much credibility as other cryptocurrencies, and like the GameStop saga, Dogecoin has seen its price increase dramatically, but the fundamentals have not changed.

The expert said: “DOGE’s rally is not sustainable since it’s not based on any fundamentals.

“We may well see the current trend continue for a bit longer, and I wouldn’t be surprised to see DOGE reach 80 cents or even a dollar, but eventually, it will come back down, and people will get burnt.”

Where to buy DOGE?

There are several ways to buy Dogecoin. Dogecoin is available to buy, sell and trade on many cryptocurrency exchanges like Binance, Coinbase, Kraken, ndax, Coinsquare and OKEX , but one of the most commonly used crypto exchanges is Coinbase and Binance. To buy Dogecoin on these platforms, you will need to download a Dogecoin wallet on the currency’s official website.

Step Two: Step Two: Once you’ve logged into the account,  hover your mouse over the “Buy Crypto” button. Then, click on the simplest way to trade, “Credit/Debit Card” option.

Step Three: You’ll be redirected to a page where you should decide how much you want to spend in USD for your Binance DOGE purchase and press “Buy DOGE”.

Step Four: Once you’ve followed these steps, your DOGE will be available for trade or to send from your Binance wallet; hover your mouse over the “Wallet” tab and click “Fiat and Spot”, this will lead you to a screen where you’ll be able to find your DOGE. And that is it!